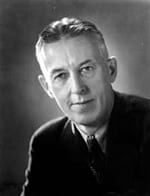 Devising a plan that has helped millions of people, Bill Wilson started a group called Alcoholics Anonymous (A.A.) by coming together with Dr. Bob Smith and developing a twelve-step strategy to ending alcoholism. With little success at first, the group set out rules that would help govern their organization. A similar organization called the Washingtonians had had similar goals, but did not have the governing rules that would keep the focus off of politics and on the actual members attempting to better their lives.

Bill Wilson’s group would from the start follow a doctrine published in the form of a book that he and Dr. Smith had written. This 400-page manual contains inspiration and foresight into the steps needed to overcome alcoholism in order to be considered fully recovered. Two of those steps are the member’s admittance of the problem and the member’s right to anonymity.

Suffering from bouts of depression, especially after losing his fortune after several successful years playing the stock market, Wilson began drinking. His drinking got out of control and he was losing control of his life. Upon visiting a friend who had been given a vision from God to stop drinking, Bill left and suffered an even worse bout with alcohol that sent him to the hospital. During his time there, he had his own spiritual vision where he claims he lost his will to drink alcohol.

Then, while on a business trip to Ohio, Wilson felt the urge to drink when a business deal fell through. It was at that moment when he felt tempted to drink in order to escape that he called a clergyman on the phone. While this did help, Wilson kept calling numbers at random, hoping to contact another alcoholic. He dialed surgeon Dr. Smith’s number whose last drinking day in June of 1935 is considered the official birthdate of Alcoholic’s Anonymous. After an article published by The Saturday Evening Post, A.A.’s membership grew exponentially. The group’s fame spread to other countries and used Bill Wilson’s informal, yet practical approach to solving one of the world’s worst, yet most curable diseases. Despite outside organizations wanting to commend Wilson for his outstanding social work, he always rejected any claim to fame, holding true to his own beliefs and doctrines. 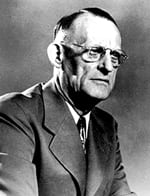 A co-founder of Alcoholics Anonymous. The birth of our Society dates from his first day of permanent sobriety, June 10, 1935. To 1950, the year of his death, he carried the A.A. message to more than 5,000 alcoholic men and women, and to all these he gave his medical services without thought of charge. In this prodigy of service, he was well assisted by Sister Ignatia at St. Thomas Hospital in Akron, Ohio, one of the greatest friends our Fellowship will ever know.”

His son, “Smitty,” described him as a very sensitive man, who loved being a doctor, and as “a man’s man,” who was also very courteous, especially to women. “Women felt comfortable around him, because he so obviously loved my mom.” Smitty also describes him as having a great sense of humor.

He was born on August 8, 1879, St. Johnsbury, Vermont, about one hundred miles northeast of East Dorset, where Bill W. was born. He was the only child, of Judge and Mrs. Walter P. S., who were influential in business and civic affairs. He had a much older foster sister, Amanda Northrup, of whom he was quite fond.

His parents were pillars of the North Congregational Church in St. Johnsbury. They insisted Bob go to church not only on Sunday, several times during the week. He later rebelled against this and decided he wasn’t going into a church again except for funerals or weddings. And he didn’t — for about forty years. But the religious education stood him in good stead in future years. Smitty said his father was one of the few people he knew who had read the Bible from cover to cover three times.

He entered St. Johnsbury Academy at fifteen. At a dance during his senior year he met Anne Ripley of Oak Park, Illinois, a student at Wellesley on holiday with a friend. It was not a whirlwind marriage. They weren’t married until seventeen years later. He first had to finish his education, and later she may have been reluctant to marry him because of his drinking.

Except for a secret taste of hard cider when he was about nine, he didn’t drink until he was about nineteen and attending Dartmouth College in New Hampshire, described as “the drinkingest” of the Ivy League schools.

A tattoo he wore the rest of his life was probably from those days at Dartmouth: a dragon and a compass tattoo. The dragon wound around his left arm from the shoulder to the wrist. It was blue with red fire. His son thinks “he had to have been drunk to have it put there, and you didn’t do something that complicated in a day. When I asked him how he got it, he said, ‘Boy, that was a dandy!’ And it must have been, too.”

He wanted to be a doctor, but for some reason his mother opposed it, so he spent the next three years in Boston, Chicago, and Montreal working. Finally he began studying medicine, first at the University of Michigan, and then at Rush University near Chicago. His drinking interfered with his medical education repeatedly, but he eventually received his medical degree, and secured a coveted internship at City Hospital in Akron. After his two years internship he opened an office.

Soon his alcoholism progressed and he was hospitalized repeatedly. His father sent a doctor to Akron to take him back to Vermont where he stayed for a few months, then he returned to his practice, sufficiently frightened that he did not drink again for some time. During this sober period he married Anne.

During Prohibition he thought it would be safe to try a little drinking, since it would not be possible, so he thought, to get large quantities. But it was easy for doctors to obtain alcohol. He also used sedatives to hide his “jitters.” Things went from bad to worse.

In the late 1920s, he decided that he wanted to be a surgeon, perhaps because he would be able to control his schedule more easily in this specialty than he could as a general practitioner. The patients wouldn’t be calling him for help all hours of the day or night, so they wouldn’t catch him when he was drinking.

He went to Rochester, Minnesota, and studied under the Mayo brothers. He became a rectal surgeon, and did nothing but surgery for the balance of his life. But Smitty says that the other doctors knew he was a drunk, so the referrals were scarce and his practice small. (Despite the financial problems, they were able to keep the house during the Great Depression because the Federal Government placed a moratorium on foreclosures.)

When he was introduced to the Oxford Group he tried hard for three years to follow their program, and did a lot of study, both of spirituality and of alcoholism. But it wasn’t until Bill Wilson arrived in the spring of 1935 that Dr. Bob found the kind of help he needed – one alcoholic talking to another.

Smitty describes Bill Wilson as being the opposite of his dad and both of them were needed for the success of A.A. He once joked: “If it had been up to my dad, A.A. would never have spread beyond Akron. Had it been up to Bill, they would have sold franchises.” On another occasion he said: “Bill was garrulous, Bill was a promoter, Bill was a visionary. I think Bill W. could see further in the world than anyone I’ve ever known. My dad wasn’t that way.” (Dr. Bob was quiet, cautious, conservative, steady, insistent on keeping things simple.)

Anne S. died on June 2, 1949. Bill noted that she was “quite literally, the mother of our first group, Akron Number One. In the full sense of the word, she was one of the founders of Alcoholics Anonymous.”

Serenely remarking to his attendant, “I think this is it,” Dr. Bob died on November 16, 1950. The funeral service was held at the old Episcopal Church by Dr. Walter Tunks, whose answer to a telephone call fifteen years earlier had led to the meeting between Dr. Bob and Bill W. He was buried at Mt. Peace Cemetery, next to Anne.

There is no large monument on his grave. Doctor Bob, who always admonished A.A. to “keep it simple,” when he heard that friends were planning a monument, remarked “Annie and I plan to be buried just like other folks.” Alcoholics Anonymous itself is Dr. Bob’s monument

Sign up for our Silver Streak Newsletter delivered straight to your inbox!